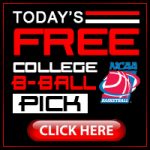 The UAB Blazers will battle the UTSA Roadrunners at UTSA Convocation Center in San Antonio, Texas on February 26, 2021, at 7:00 P.M., ET.

The UAB Blazers were able to demolish the RUST Bearcats in their last outing to get their 18th win. The team dismantled RUST when they scored 63 points while conceding only 28 to the Bearcats. The 2nd half saw UAB dish out more punishment with 54 points while giving up only 17 to get the blowout win at 117-45. The team shot well for 53.9% of their FGs on 48 of 89 attempts while hitting 27.8% of their 3s on 5 of 18 shooting. The team is 2nd in the West Division of the Conference USA with a record of 10-4 and an overall record of 18-5.

Tony Toney came off the bench to lead the team with 23 points, 4 rebounds, 2 assists, and 2 steals while Quan Jackson and Tyreek Scott-Grayson combined for 25 points in the win. The team is 15-5 SU in their last 20 games and 4-2 ATS in their last 6 matches.

The Roadrunners are on a 4-game winning streak after taking out the Florida Atlantic Owls in their last battle. UTSA led by 7 points in the 1st half against FAU where they scored 44 points while conceding 37 in the same period. The team dropped 42 more in the 2nd half while the Owls could only score 38 of their own to result in UTSA winning the game at 86-75. The squad shot well for 50.8% from the floor on 33 of 65 attempts while draining their shots from deep for 47.6% on 10 of 21 shooting. They are now 4th in the West Division of the Conference USA with a record of 8-6 and an overall record of 12-9.

Jhivvian Jackson led the team with 20 points, 7 rebounds, and 9 assists while Keaton Wallace and Cedrick Alley Jr. combined for 24 points in the game. Eric Parrish came off the bench to drop 15 points and 4 boards in the win. The squad is 6-1-1 ATS in their last 8 games and 7-1 SU in their last 8 matches.

UAB Blazers vs UTSA Roadrunners. The NCAAB pick is the UTSA Roadrunners. UTSA will have the edge in this battle as they will host UAB who have been struggling as of late. The Blazers were able to take out their frustrations on an inferior RUST College that is a Division ll squad. UTSA is on a roll with 4 straight wins and will make UAB their next victim and ruin their 2nd place spot in the West of the Conference USA predicted at 75-73.