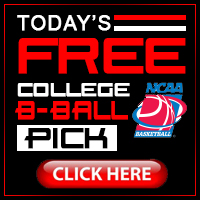 Keshawn Curry had 14 points and 5 rebounds in the game while NahShon Hyland added 12 points. Vince Williams Jr. made 15 points from off the bench. The team is 3-8 ATS in their last 11 games and 0-5 SU in their last 5 road games.

The Lions start the year right by winning their debut game against the VMI Keydets. VMI actually challenged them in the 1st half with the Lions only leading by 2 points with a score of 37-35. Penn State blew them out in the 2nd half with 49 points while giving up only 30 to win the game at 86-65. The Lions shot 43.1% from the floor on 31-72 attempts while draining 11-36 from the 3-point line. They only missed 1 free throw in 14 tries. The squad is 11th in the Big 10 Conference with a record of 1-0.

4 of their starters scored double-digit points with Jamari Wheeler leading the way with 18 points, 6 rebounds, and 5 steals while  Izaiah Brockington also stepped up with 15 points, 8 rebounds, and 3 steals. Myreon Jones and Seth Lundy combined for 24 points while Sam Sessoms added 12 points from off the bench. The team is 17-3 SU in their last 20 games and 1-6 ATS in their last 7 games.

VCU Rams vs Penn State Nittany Lions. The NCAAB pick is the VCU Rams. The Lions played very well and shot great for that matter in their 1st game of the season. The Rams are tenacious as well, scoring high in their wins while going out swinging in their loss against West Virginia. Both these teams will surely put on a show but the Rams will make it out in a close win. The Nittany Lions will pounce on the Rams but will fall short in the spread at 73-70.