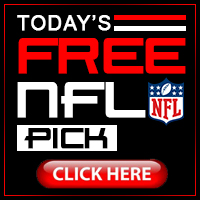 The Kansas City Chiefs will be chasing rushers against the Buffalo Bills at the Bills Stadium in Orchard Park on Monday, October 19, 2020, at 5:00 PM ET. The East versus West rival in American Football Conference is back when the Kansas City Chiefs collide with the Buffalo Bills on Monday. The Chiefs occupied the first seat in the AFC West Division with a 4-1 standing after Las Vegas snapped their 4-game winning streak by a score of 32-40. The defending Super Bowl Champion Kansas City failed to control the 490 yards offense of Las Vegas with 35 minutes of ball possession that resulted in their first loss this season. QB Patrick Mahomes completed 22 of his 43 pass attempts for 340 yards with 2 TDs in the losing effort. The Chiefs bagged a total of 149 points but has given up 110 for a point-difference of +39. This is the lone defeat of Kansas City in their last 10 matches.

QB Patrick Mahomes led the Chief’s offenses by completing 123 of his 193 attempted passes for 1,474 yards and achieved 13 TDs with 1 interception. Mahomes rushed for 129 yards and landed 2 TDs but has been sacked 6 times this season. As the top rusher for Kansas City, RB Clyde Edwards-Helaire rushed for 344 yards and nailed 1 TD. TE Travis Kelce hauled in 32 catches for 405 yards with 3 TDs and WR Tyreek Hill added 4 TDs with 22 catches for 364 yards. Defensively, LB Anthony Hitchens and Safety Daniel Sorensen initiated 20 solo tackles each while Hitchens added 1 pass defended. CB Rashad Fenton defended 5 passes with 12 solo tackles in the secondary. The Chiefs posted 7 players injured in their roster.

In the meantime, Buffalo settled at no.1 in the AFC East Division with a 4-1 standing after Tennessee awarded them their first defeat this season by a score of 16-42. QB Josh Allen threw for 263 yards and completed 26 of his 41 pass attempts with 2 TDs in the loss. After that defeat, the Bills earned a -3 point-difference in acquiring a total of 139 points but losing 142 this season. The Buffalo Bills dropped their record in the last 10 outings to 5-5.

Buffalo’s QB Josh Allen threw for 1,589 yards and connected 131 of his 189 pass attempts with 14 TDs and 3 interceptions. Allen also rushed for 101 yards and landed 3 TDs but has been sacked 10 times this year. RB Devin Singletary led all rushers for 238 yards and nailed 1 TD for the Bills. In leading the receiving squad, WR Stefon Diggs hauled in 36 catches for 509 yards and scored 2 TDs receptions. Three more Buffalo’s receivers contributed 2 receiving touchdowns each. On defense, Safety Jordan Poyer recorded 29 solo tackles with 13 assisted tackles and 1 sack for 9 sack yards. CB Tre’Davious White and DE Mario Addison contributed 13 and 11 total tackles, respectively, and defended a combined 7 passes in the secondary. The Buffalo Bills will be missing 11 players in this match-up.

Kansas City Chiefs vs. Buffalo Bills. The NFL Pick for this outing is Kansas City -3.5. This will be a tough game between these two top teams in their own divisions. However, Buffalo will be missing 3 key players in this showdown against Kansas City. CB White (back), WR Brown (knee), and RB Moss (toe) were out from their last defeat versus Tennessee. On the other hand, watch out for the defending champion Chiefs to get back with a big victory in this face-off. Final Score Prediction, Kansas City will win to a score of 31-27.

NFL Pro Football Free Premium Picks Predictions. This week’s entire NFL football premium pick predictions against the spread are free right now at 1-888-711-4311 or text the word WINBIG to 760-670-3130 to receive them. Included are Best Bets, Parlays and Halftime winners for this week free of charge.