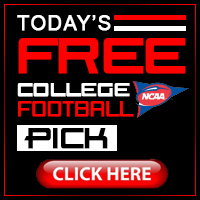 Miami Hurricanes vs. Florida Gators—College football pick is Miami Hurricanes +7.5 points. Game to be played in Orlando Florida. This is a rivalry game. Manny Diaz a former Hurricanes defensive coordinator takes over as head coach of the team. This is a defense that held opponents to 19.5 points and 279 yards per game. They are experienced at linebacker and wide receiver. Hurricanes will go with red shirt freshman Jarren Williams who has good size and mobility and won the job in camp. At 210 pounds he still has speed to extend drives with his feet. A good combination for this offensive system. Florida only brings back five starts to their offense. A concern is they bring in four first year offensive linemen and a first year starter at tight end. Gators quarterback Felipe Franks had struggles against good defensive teams. He completed only 44.4% of his throws against LSU and 44.7% in a loss to Kentucky. In a loss to Missouri his completion rate was 40.9%. He passed for only 105 yards in defeat to Georgia. He is facing a elite defense in Miami in this spot. Hurricanes keep it close. Play Miami Hurricanes +7.5

Arizona Wildcats at Hawaii Rainbow Warriors—College football free pick is Hawaii Rainbow Warriors +11. Hawaii a bowl team from last year is experienced as they bring back nine starters on offense and nine to the defense. Their entire offensive line returns as well as junior quarterback Cole McDonald. The signal caller completed 58.9% of his throws last season with 35 touchdowns and ten picks. They team picked up notable wins last year at home to Navy and on the road to San Diego St. Defensively six return from their front seven. Arizona was a disappointment last season finishing at 5-7 and failing to make a bowl game. Their defensive numbers have been poor for some time. They have lost seven of their past eight road games. As a double digit favorite this program has failed to cover 27 of their past 39. Last season on the road the Wildcats gave up an average of 40.2 points and 479 yards per game. Play Hawaii Rainbow Warriors +11.